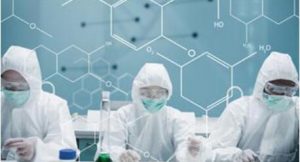 Unexpectedly, China has finally taken the most important development in the history of biotechnology step – national nature of gene banks.
The project was burn but it is China’s hope for the future of biotechnology

According to “CNR Financial Review” reported yesterday, China’s only one approved to build the National Gene Bank (CNGB), is currently the world’s largest integrated gene pool – Shenzhen National Gene Bank has officially started running. And the construction of purpose is very simple: effective protection, development and utilization of genetic resources, improve the level of development of China’s life science and biotechnology industries, safeguarding national security Bioinformatics, help the global development in life sciences.
This is perhaps a new era of technological development zero.
Genebanks: saving the secret of life
The project was burn but it is China’s hope for the future of biotechnology

Small virus, large blue whale; simple as a species complex such as hair color; even if susceptible to specific diseases; Behind all this there is always an “invisible hand” – genes.
1 g DNA can save digital data 700TB, which are small molecular structure exists in almost all living among and with its own unique structure, holds every living being to survive, multiply the required variation Most of the information (there are also a small part of the cell is the genetic material).
In theory, if you have all the information a biological gene, you will be able to carry out restoration work.
The project was burn but it is China’s hope for the future of biotechnology

Of course, all this is still a vision, but in fact it is a lot of areas in the country have been gearing up. There are three world-class genebanks currently the world, belonging to the United States (NCBI), the European Union (EMBL), Japan (DDBJ), among which the National Center for Biotechnology Information (NCBI) is the most advanced.
NCBI attributable to the branch of the US National Library of Medicine, Maryland Bethesda, early in 1988, has been established. It has a range of biotechnology and biomedical-related databases, and has become an important source of bioinformatics.
The NCBI certainly have to be among the final number of GenBank, NCBI open this feature from 1992, and has been maintained with the European EMBL and DDBJ Japan sustained contact. Currently NCBI has had to provide genetic material, online view of human genetic material, provide protein 3D structure information and a series of capacity.
The project was burn but it is China’s hope for the future of biotechnology
DNA complex spatial structure,
Also it can be used as a visual proof that in recent years with the gene-related scientific research papers have been cited data from NCBI.
But it should be noted that, CNGB these foreign gene pool there is a difference: In addition to “dry Library” (ie, genes, proteins, molecules, imaging and other students in the group information database object), “wet Library” (Biodiversity species and genetic resources outside the sample library), national gene Bank also introduced a “living library” that living organisms library resources including animal and plant resources, microbial and marine resources and the like.
This is because the current techniques, genetic testing is still a large number of professional and technical personnel need to spend a lot of time, and a lot of genetic research object does not last long.
For endangered species, or have disappeared species, preserve their genetic information priority is to keep their specimens and living resources.
Gene pool: the future of biotech breakthroughs “key”
The project was burn but it is China’s hope for the future of biotechnology

Previous: Biological and life and health industry ushered event Next: The global biotechnology industry and large integration: the future of cancer may be just cold field